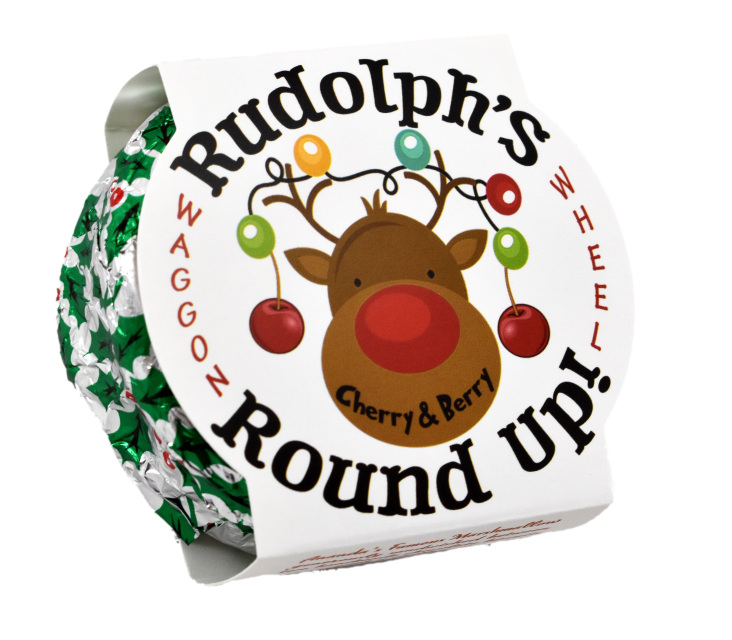 Christmas wouldn't be special without a special Christmas Round Up. Rudolph's Round Up is seriously special! It has a scrumptious Cherry jam middle, topped with sweet cherry and berry jam. You'll be Dancin' with Bliss(zen) after this one (I know, its bad, if only we were as good with prose as we are at making round ups!)